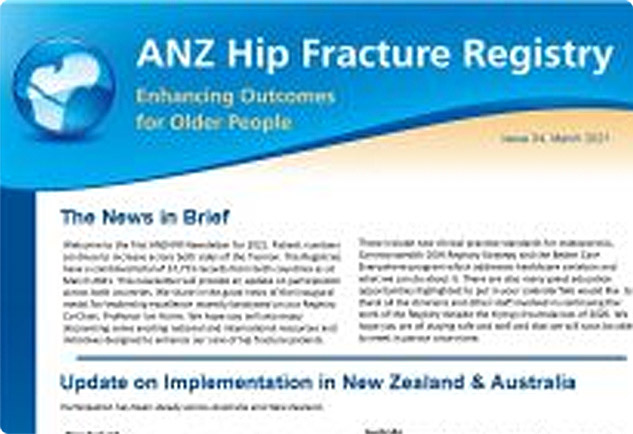 Upcoming New Zealand HipFests in March and May 2021

Hip fracture is the most serious and costly fall-related injury suffered by older people. There were an estimated 19,000 admissions to hospital for a hip fracture among Australians aged over 50 in 2011-12, an increase of 22% in absolute number since 2002-03. 1 In New Zealand, 3803 people were admitted to hospital with a hip fracture in 2007. 2 Almost everyone who fractures their hip will be admitted to a hospital, and a large majority will undergo a surgical procedure. In Australia, this means that more than 50 people are admitted every day to a hospital with a hip fracture. 1,3 The individual consequences are significant: 5% of those admitted will die in hospital; over 10% will be discharged directly to an aged care facility; after 12 months, fewer than 50% of people will be walking as well as they did before their injury; and another 15-20% will have died. In addition, the health and social care systems bear considerable costs associated with the acute treatment of hip fractures, ongoing costs of rehabilitation, assistance with day-to- day living activities, and the impact of long term care placement.